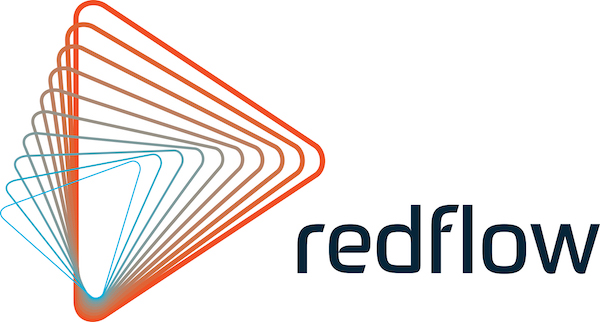 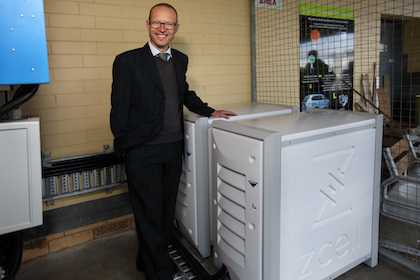 This first installation of ZCell batteries for commercial premises allows Conservation SA to store energy collected from a 13 kilowatt (kW) array of Tindo solar panels on the roof of its building, The Joinery, in central Adelaide. Earlier this week, Redflow announced its first ZCell deployment, a two-ZCell energy storage system installed at Alan Noble’s off-grid property in Willunga.

The Australian-developed ZCell is a unique 10 kWh zinc-bromine flow battery that ‘timeshifts’ solar power from day to night, stores off-peak power for peak demand periods and supports off-grid systems. As well as providing backup power for Conservation SA’s emergency lighting and first floor data centre, the ZCells will charge up the GoGet electric vehicle that is based at the site. 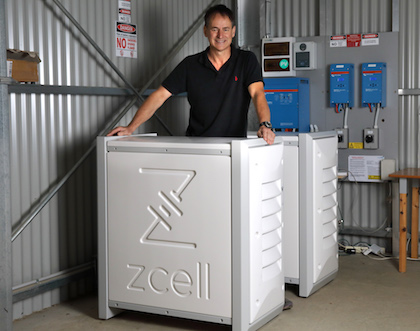 Alan Noble with his ZCellsAustralian battery company Redflow Limited (ASX:RFX) today announces that a residential energy system at an off-grid property in SA is the first completed customer deployment of its ZCell batteries.

Previously mains power was available in only one corner of the hilly 100-hectare Willunga property, owned by the family of Alan Noble, Engineering Director for Google Australia and New Zealand.

Mr Noble said extending mains power further across the hilly terrain would be substantially more expensive and less flexible than the off-grid solution with two ZCell batteries, which can store 20 kilowatt hours (kWh) of energy, powered by solar panels on the roof of a large implement shed.

The batteries, which were integrated with 24 Australian-made Tindo Solar panels and two Victron battery inverters by ZCell installer Off-Grid Energy Australia, continued working uninterrupted during the recent storm-caused power failure that blacked out the rest of South Australia.

Mr Noble said he had installed the ZCells to provide him with flexibility, safety and affordability. “We wanted the flexibility to build anywhere on the site without having overhead power lines,” he said.

Details
In Redflow
/ Published on 30 September 2016 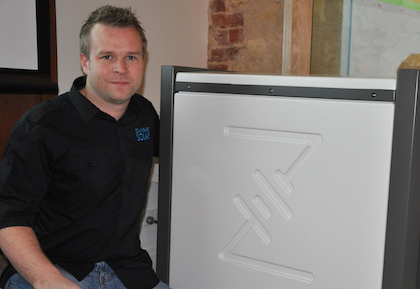 Standard Solar, which supports clients nationally from its head office at Seaford, Victoria, was one of the first seven ZCell installation companies announced by Redflow last week. Redflow will start delivering the first batteries for this order during the next two weeks.

Now available in Australia,ZCell is a 10 kilowatt hour (kWh) zinc-bromine flow battery that can ‘timeshift’ solar power from day to night, store off-peak power for peak demand periods and support off-grid systems. Redflow received its first shipment of batteries for ZCell in Australia this month.

Standard Solar Chief Technology Officer James Graham said his company had already sold about half the ZCells from this initial order. “We have sold ZCells to customers ranging from a government agency and an educational institution to businesses and home users,” he said.