MIMP connecting solutions www.mimp.com is an Australian-owned company that supplies, installs and supports high-capacity wide-band communications for the competitive business market. Established in 1985, MIMP has delivered digital transmission systems for customers nationally, in locations from metropolitan areas to the remote outback. MIMP clients include state and local governments, education, health and defence agencies and large corporations.

Ian, who has nearly three decades of experience working in the Australian telecommunications industry, has previously worked for Telstra, Ericsson Australia and run his own rigging business for 12 years.

Australian network specialist MIMP has won another prestigious industry award, this time for a wireless network between two Adelaide zoos that will pay for itself within a year through improved productivity.

Adelaide-based MIMP connecting solutions won a NECA (National Electrical and Communications Association) award in SA, in the Environment & Energy Efficiency category, for delivering a cost-effective low impact communication solution that links Adelaide Zoo with Warrawong, a recently purchased property that could not even get a fast broadband connection.

Established in 1969 by revegetating dairy land with native trees and shrubs to attract native animals and birds, Warrawong Wildlife Sanctuary contains 14 hectares enclosed by feral-proof fencing. Once the fence was completed, the bird population flourished and the release of many native animals began, including the elusive platypus. Today, it is home to 100 species of birds and many native mammals, most of which are nocturnal and highly endangered.

When the Royal Adelaide Zoological Society (Zoos SA) took over management of Warrawong, its only connection to the outside world was a low-speed 256 kilobit-per-second service at a very high cost. None of the business applications required by Zoos SA could run efficiently while Internet email was non-existent. 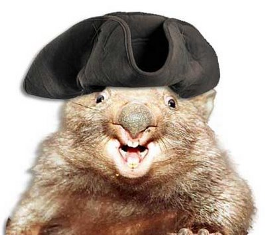