Details
In Redflow
/ Published on 02 November 2016 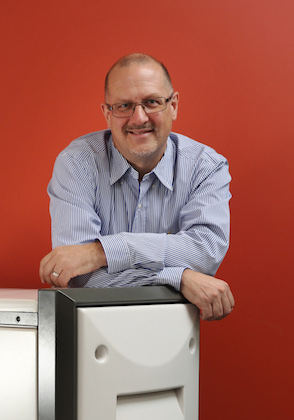 Redflow is the Australian company that produces the world’s smallest zinc-bromine flow battery, a stationary energy storage technology that competes with lithium-ion batteries. As well as this year’s launch of its ZCell residential battery, Redflow produces ZBM commercial batteries that are used for business, telco and industrial-grade energy storage in Asia, Africa, Europe, Central America and Australia.

In a blog on his website www.simonhackett.com, Mr Hackett said Tesla’s unveiling of its new Powerwall 2 battery with a built-in AC inverter last week took a leaf from the Apple playbook of vertical integration.

He said Tesla’s vertical stance contrasted with the ‘horizontal’ orientation of the rest of the industry – a commercial ecosystem that offers choice at all layers of the energy storage system, using standardised interfaces to allow mix-and-match assembly of devices in the solution ‘stack’.

“Tesla’s evolving approach stands to put it into direct opposition to former allies – both existing inverter/charger vendors that may be cut out of the Tesla solution set and experienced energy system installers, who may see the presence of hardware ‘handymen’ installing generic/entry-level solutions to often complex underlying energy management problems,” he said.

“The Powerwall 2 unveiling is an interesting day for inverter/charger vendors such as Solar Edge, manufacturer of the inverter of choice for the original Powerwall, which is no longer required with Powerwall 2.

“The bottom line for the emerging energy storage sector is that each time Tesla sells a Powerwall 2 with integrated AC inverter, an existing inverter/charger/energy control system vendor books one less sale.

“As a result, this new approach from Tesla may tend to polarise the market into two camps over time – with a distinct sensibility developing that is akin to the long-term battle of Apple vs Android in the smartphone market.”

Mr Hackett said he was confident in Redflow’s future despite Tesla’s focus on price in the energy storage sector. “Many industries demonstrate that price is not the only factor when consumers decide to buy,” he said.

“Safety factors such as the thermal runaway potential for many lithium-based battery chemistries are an example of a non-price consideration that can be extremely significant in many markets.

“There is plenty of room in what is now a rapidly expanding market for a wide variety of energy storage alternatives. The bottom line is that Tesla’s presence in this market will drive increased interest in energy generation, storage and use. It will help to deliver further momentum to drive demand and adoption of energy storage systems in general.

“It will also act as a catalyst for other energy generation and storage systems – using a variety of technologies and deployed a variety of physical scales – to each find their own appropriate ‘place in the sun’.”