Klaus gets on his bike to raise cash to conquer cancer

Details
In Innovation
/ Published on 28 March 2011 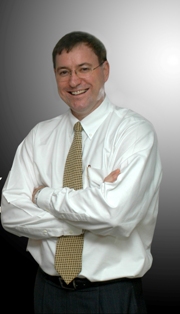 IT executive Klaus Bartosch has traded in his tie for treadly tyres to lead a team that will ride pushbikes 200km over two days to raise funds for a major Conquer Cancer event in Queensland.

The Conquer Cancer ride is raising money and increasing visibility for the work of the Queensland Institute of Medical Research, which is one of the world’s top cancer research centres.

Klaus, a senior executive of cloud computing services specialist Virtual Ark and formerly of Hostworks, will join more than 1500 participants on the Conquer Cancer ride, which starts on August 20.

After a strong start to his own fund-raising effort, Klaus has formed a team of 14 riders, each of whom has committed to raising at least $2500 in donations for the cause.

Cancer is a disease with a huge impact in this country. With an estimated 115,000 new cases of cancer diagnosed in Australia in 2010, cancer is the second leading cause of Australian deaths and affects almost 20 per cent of the population. More than 43,000 people are expected to die from cancer in 2011.

Klaus said the Conquer Cancer ride was his chance to make a difference. “It’s a cause I feel passionately about, being a cancer survivor myself and having lost friends, family and work colleagues to this horrible disease that sadly touches almost everyone,” he said.

"That's why I'm giving my time to ride for this cause, and doing something big about cancer. I hope that many friends, colleagues and supporters will share this incredible adventure with me by contributing to my fundraising efforts.”

To make a donation to Klaus’ fund-raising ride, visit his web page on the Conquer Cancer website at - http://br11.conquercancer.org.au/site/TR/Events/Brisbane2011?px=1019917&pg=personal&fr_id=1040 .