Simon Hackett with solar panel arrays at The ValeRedflow’s largest shareholder Simon Hackett has successfully deployed a Redflow-based rural microgrid that delivers energy independence for buildings and equipment on his family farm in northwest Tasmania. The Vale (http://www.thevale.com.au), a working sheep...

Details
In Alltraders
/ Published on 25 November 2011 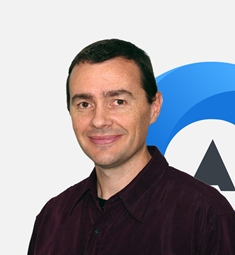 Australian software developer Alltraders is the fourth fast-growing company in South Australia, based on the company’s first appearance on the Fast Movers list of rapidly-growing SA businesses.

The accolade, announced Friday, comes just three years after its owners, Ben Horner and Michael O’Loughlin, began running it as a full-time business. Alltraders, which has 20 employees and a turnover of about $1.5 million, recorded year-on-year growth of more than 80 per cent.

Compiled annually by inBusiness magazine, the Fast Mover SA Company Index recognises 25 of the fastest-growing businesses based in SA.

Alltraders CIO Michael O’Loughlin said the Fast Mover Index inclusion was an important recognition of how far the company had come. “The result reflects the efforts of a concerted and sustained effort by a dedicated team who are focused on getting the best possible solutions for clients,” he said.

“Our Cloud software business, which has proven itself in the past two years, looks like it will lead the way again in the next 12 months, so we look forward to maintaining this momentum.”