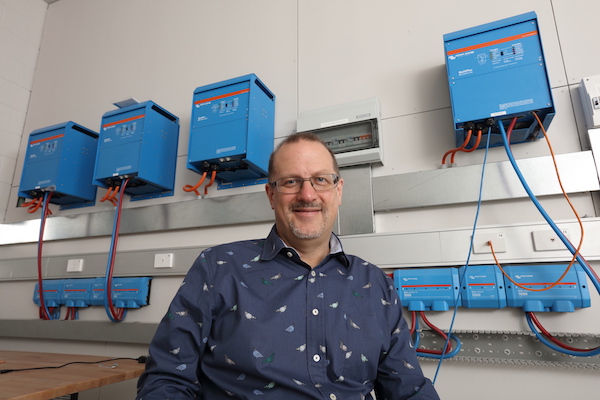 ”We remain on track to commence production with our new manufacturing partner MPTS as planned.”

Redflow also reported that its integration partners have sold its ZCell batteries for residential and commercial properties in Queensland, NSW, ACT, Tasmania, Victoria and SA.

The ASX update stated that Redflow has now delivered all the batteries for its largest order to date, to New Zealand-based telecommunication systems integrator Hitech Solutions.

Hitech Solutions has commenced construction of the first of its modular energy systems to include the use of Redflow batteries. These energy systems are sized to suit the requirements of each destination site and will be deployed progressively across multiple locations in a Pacific Island nation.

Redflow also reported it is confident that the performance issues reported earlier this year are now resolved. The company has successfully tested and proved the process to remediate battery electrolyte in cases where battery quality testing indicates that this is desirable. Redflow is now progressively applying this remediation to those batteries that require it.