The Albinism Fellowship of Australia (AFA) http://albinismaustralia.org/ is a national, non-profit organization established in 2005. The fellowship is run by volunteers who all have been personally touched by albinism in some way. The AFA’s key purpose is to provide support, education and fellowship to those with albinism, parents of children with albinism as well as their families and friends. While the albinism community in Australia is only small, the AFA provides a united voice to encourage productive developments and support within business, government and media. 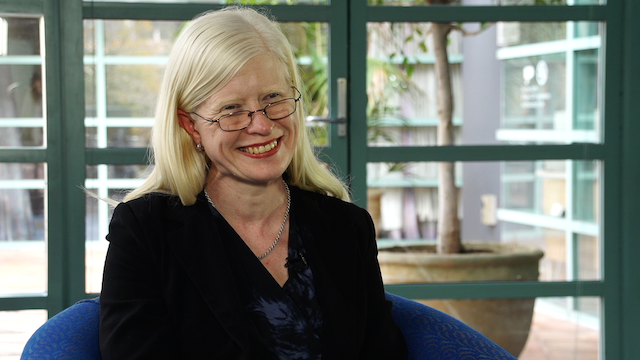 As an international campaign to protect people with albinism gains steam, Australians affected by the genetic condition will gather to celebrate International Albinism Awareness Day on Monday, June 13.

More than 1300 Australians are affected by albinism, which has a frequency of one in 17,000 in this country. The genetic condition, which arises from a lack of pigment in the skin, hair and eyes, is linked to pale skin, white hair and poor eyesight, often in the range of legal blindness.

Over the coming week, people with albinism will gather with friends and family throughout Australia including Perth, Adelaide, Melbourne, Sydney, Newcastle and Townville, to promote awareness of the genetic condition. Persons with albinism work in all areas of Australian life, from running businesses and working in the public sector to raising children and representing citizens in parliament.

However, In Africa, persons with albinism are regularly killed in countries including Malawi, Mozambique and Tanzania world where their body parts are valued in witchcraft. Superstition leads many to believe children with albinism bring bad luck.

Details
In Albinism
/ Published on 22 September 2015

Listen to  john Harris tell ABC Radio about growing up with albinism, days before the Albinism Conference in Cairns.

John is among dozens of people with albinism heading to Far North Queensland this weekend (September 26 and 27) for the xixth biennial conference of the Albinism Fellowship of Australia.

Click here to listen to John explain his experience of albinism and discuss the value of the conference with Phil Staley on Radio ABC Far North Queensland, on September 22, 2015

Thank you to ABC Radio for permission to use this recording.

Details
In Albinism
/ Published on 21 September 2015

More than 50 snowy-haired people with albinism visit Cairns this weekend for a major conference on the causes, challenges and achievements related to the misunderstood genetic condition.

With delegates and speakers coming from throughout Australia and New Zealand, the sixth Albinism Fellowship of Australia Biennial Conference will run from Friday, September 25, to Sunday, September 27, at the Hilton Cairns.

Albinism, a genetic condition caused by a lack of pigment in the skin, hair and eyes, is linked to pale skin, white hair and poor eyesight, often in the range of legal blindness. With an occurrence of one in 17,000, Australia has more than 1300 persons with albinism.

Persons with albinism work in all areas of Australian life. AFA members include an MP, a doctor, business owners and senior executives in the public sector. Former Adelaide man, Professor Paul Delaney, who has albinism, is today a leading astronomer in North America.