Memo to Australia, from the World: Change now!

Twenty two of the world’s largest and most influential companies have a critical message for Australia: Urgent and focussed action on climate change is an economic and social imperative.

The CLG companies have met in London this week to identify how business can contribute to system-level change towards a sustainable world, including through immediate and effective action on climate change.

In a joint statement, the CLG companies said: “The Corporate Leaders Group companies believe that climate risks can be successfully managed and that the transition to a net-zero emission economy can be delivered in ways that create new business opportunities, with manageable costs.”

As global leaders in their industries, these companies between them are worth about $1 trillion. Collectively, they generate $1100 billion of revenue every year and employ 1.75 million people. Together, their brands are household names in every country in the world.

Cassandra, who last week won the Business category of Women Of Style Awards 2014 for her work in business and philanthropy, is the joint CEO of global strategic and financial advisory firm Pottinger.

Cassandra and her colleague, Pottinger executive director Olivia Loadwick, are leading a team of one dozen Australian women to the Global Summit of Women as part of their two-year-old Glass Elevator program. 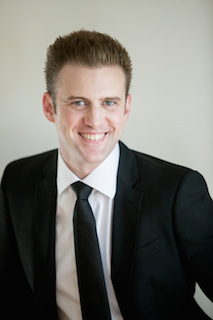 Strategic and financial advisory firm Pottinger has strengthened its senior ranks by appointing Julian King as an executive director.

Julian has progressed from analyst to executive director since he joined Pottinger more than nine years ago, acquiring a PhD in astrophysics in the process.

Nigel Lake, Joint CEO of strategic and financial advisory firm Pottinger, warns that building a ’bucket list’ for your business may prove the best way to stave off an inescapable corporate collapse.