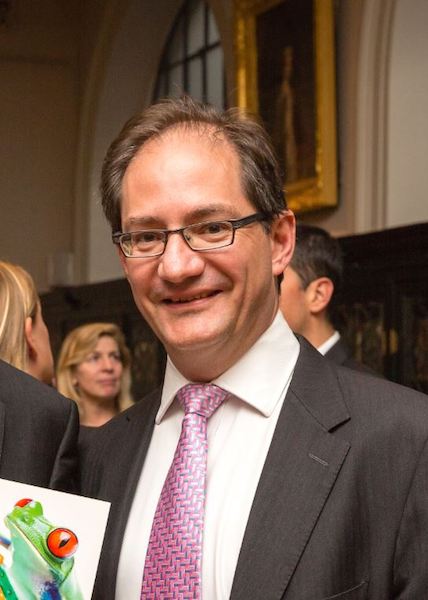 In Australia, the canary in the employment coal mine is wobbling on her perch.

Though unemployment is low, real wage growth is stubbornly slow and is further imperilled by an imminent wave of disruptive technology.

The threat to the Australian dream is severe. More than 90 per cent of the value of Australia’s top 100 companies lies in old economy industries, with the top four companies all banks. In the US, the four largest companies are Microsoft, Apple, Google and Amazon.

So far this century, Australia has created just two tech start-ups worth more than A$1bn, namely Atlassian and Canva, collectively valued at about A$20bn. In contrast, the 10 largest US tech companies have created more than A$4 trillion during the same period.

Adjusting for relative economic size, America is more than a factor of 10 ahead of Australia.

The challenge facing Australia is that without a vibrant start-up sector to create valuable new companies in fields such as technology and life sciences, we will lose jobs to other regions.

Without investment capital to fund these companies, we will lose economic upside to other countries.

And without a determined effort to retain both investment and jobs onshore as companies mature, Australia’s over-exposure to low-growth, low-return sectors will increase, undermining the nation’s retirement savings and quality of life.

It’s not just about products or profits or jobs – we need to weave innovation into our social fabric to sustain the prosperity of our nation, so it’s really about “the future of everything”.

In short, the creation of new businesses and new jobs is of paramount importance. If we don’t seize this opportunity, there won’t be a future of anything.

This technology threat is not isolated to Australia. The EU recently created an advisory panel to ensure that technology creates economic opportunity, rather than destroying it. Its 10 members include Microsoft co-founder Bill Gates, World Economic Forum President Borge Brender, Microsoft President Brad Smith, Google Deepmind’s Mustafa Suleyman and Pottinger’s Cassandra Kelly, who is also speaking at Myriad Festival this week.

At Pottinger, which provides strategic advice and guidance for corporations and governments globally, our work with start-ups comprises just one-tenth of our business, although we believe it represents at least half of our future.

The reason start-ups are so significant is that they embrace and deploy disruptive technology because they are unhindered by legacy investments and business models. While only a few may succeed, those winners can change industries and, indeed, economies.

Without focussed support of start-ups, the odds are against Australia. Massive scale advantages create winner-take-all sectors, with nearly all industry leaders now based in either the USA or China.

Even this is just the tip of the economic iceberg. Back in 2013, Oxford University published research showing that existing technology could already replace more than half of all existing jobs. This was before self-driving vehicles became an imminent reality – threatening an activity that generates significant employment in many countries.

To date, corporate complacency has held back the threat from technologies such as Artificial Intelligence (AI) and robotisation. With post-GFC economies growing and corporate profits strong, institutional inertia encourages executives to leverage current corporate structures and strategies to collect their performance bonuses.

However, when profits come under pressure from an economic slowdown, management will pull the cord to exploit AI and robotics and other emerging technologies to slash costs and maintain profits.

This will do more than just disrupt industries – it will deliver dramatic changes in employment too. Unemployment will increase significantly, both undermining personal tax revenues and adding to welfare costs.

In Australia, that technology is likely to come from offshore, making domestic economic recovery harder. No sector is immune. For example, Pottinger recently worked with The Pharmacy Guild of Australia to identify how community pharmacies will need to make profound changes as technology and automation reshape the healthcare sector.

Facing these risks, we need to do more than simply hope that employment in caring, creative or cultural industries - where human contact is essential - will grow quickly enough to replace lost jobs.

This did not happen in the agricultural and industrial revolutions, which both saw 50 years of near-zero real wage growth. And it has not happened in the USA during the past 50 years of IT revolution, where 80 per cent of the population earns pretty much the same today, in real terms, as in the mid 1960s.

To thrive in the 21st century, Australia needs to exploit the coming wave of technological change by encouraging the disruptive opportunities created by start-ups to challenge and change the status quo.

This column by Nigel Lake was first published by The Australian newspaper on May 12, 2018

I declare, I have seen the light although I was mired in doubt to start with.

What held me back from accepting the cloud into my life was fear - the terror of losing control.

It started when I joined an IT department on the bottom rung, as the support guy who installed a PC on your desk. From there, my role evolved into server applications, then networks and firewalls. In those days, experience was a brutal teacher, so you always needed a backup. We backed up everything before an upgrade because there was always a precedent for things going wrong.

Video: Simon Hackett on how energy storage will change the grid

In October this year, Australian technology entrepreneur Simon Hackett had an in-depth conversation about how the new energy grid and the new Internet grid are starting to evolve – and about the interesting similarities and overlaps that are evolving between the two.

A key thrust of the conversation related to the way that scalable energy storage is the transformative physical component driving changes in how the energy grids of the world will work in the future.

That conversation was undertaken between Simon, who is also executive chairman of ASX-listed battery company Redflow, and astrophysicist turned computer scientist Larry Smarr.

Simon said Larry was the perfect partner for this conversation. “He is someone I’ve had the pleasure of knowing for some years now, and, as you’ll see in the video, we share some similar views on the topics concerned,” he said

“I had a great time riffing with him on these topics.”

The video of this conversation is available for your viewing pleasure here.

Footnote: This is a 15 minute video that was excerpted from a half hour session at the Future In Review conference held in Park City, Utah in October 2015.

Simon said the Future In Review conference was a pretty amazing event. “I’ve been a part of it for many years,” he said. “This year I was wearing my Redflow hat loudly and proudly at the event.”